(Chattanooga, TN) Criminal Defense Attorney Matt Brock announces he, in conjunction with attorney Garth Best, has successfully defended a client in court getting his second-degree murder charges dropped to voluntary manslaughter and his aggravated assault charges dismissed. The defendant, 47-year-old Eric McCullough, fatally stabbed his niece and this led to the charges. The jury deliberated for seven hours before returning the verdict in Hamilton County Criminal Court.

“Although we feel for the victim’s family, we believe this verdict is a win, considering everything. Mr. McCullough will be sentenced on April 24 before Judge Don Poole and faces three to six years for the class C felony. He has already spent approximately two years in the Hamilton County Jail since the death of his niece, Tyecha McCullough,” states Garth Best, a criminal defense lawyer who helped represent the defendant.

The uncle and niece had been fighting for a period of time before the incident that led to her death. On the night she died, Tyecha McCullough and Antwon Lee were walking in College Hill Courts when Mr. McCullough attacked them. He jumped out from a porch and stabbed both individuals without warning. Lee didn’t recognize that Mr. McCullough had a knife at first and was sliced when he tried to stop the attack. Ms. McCullough walked away, yet collapsed in a grassy courtyard. She passed away later that evening from her injuries. 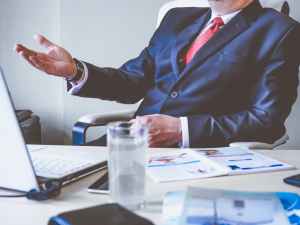 When speaking to Victor Miller, the Chattanooga law enforcement officer investigating the case, Mr. McCullough states his niece had accused him of spreading rumors concerning her drug use. Statements made during the interview led to the defendant being initially charged with criminal homicide, yet the charges were changed to second-degree murder following the meeting of a grand jury. Best argued that Mr. McCullough acted out of self-defense and often carried a knife on him.

Mr. McCullough called 911 following the incident, stated he was ganged by his niece and an ambulance was needed. The attorneys argued that he was in fear and acted in self-defense, having no other option. They stated the niece and Lee were the primary aggressors, showing up at the house Mr. McCullough was visiting. Earlier that day, he tried to avoid an incident, but it continued into the night.

“The State’s prosecutor stated McCullough put a letter in his niece’s mailbox threatening to kill her, which is why she went to the place he was visiting that night. He was looking for any reason to kill her. We had our defendant take the stand, as it was necessary for this situation because the issue was actually never whether it happened. It was a matter of why and how. We are happy with the results,” Brock continues.

Mr. Brock handles a variety of cases from simple speeding tickets to First-Degree Murder, however, his practice is primarily focused on DUI and drug-related crimes. Mr. Brock is an Ambassador for the DUI Defense Lawyer’s Association, a member of the National Association of Criminal Defense Attorneys and the Chattanooga Association of Criminal Defense Attorneys. Contact us today for the best Chattanooga DUI attorney.